So last week the kids started doing this -

And then I realised they were lacking fresh air, and a trip to the our new cupcake shop, by Grand central won't do. They need some green, even if surrounded by asphalt and tall buildings.

So first we made some schnitzels 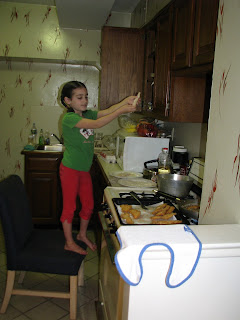 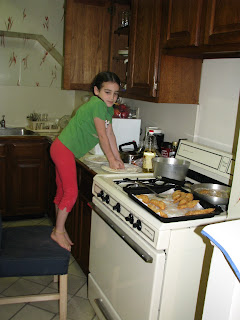 Once we had our picnic packed, off we went to Madison Square park, another playground on the list of 15 best in NY, (according to timeout magazine). 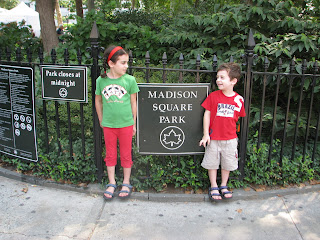 Research said we have to check out- the playground, the shake shack, the reflection pool and the interactive, large-scale, mixed-media installation by acclaimed California-based artist Charles Long.

Here is what we got done:

A lot of touching, feeling, and listening to the weird sculptures 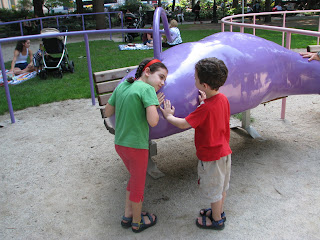 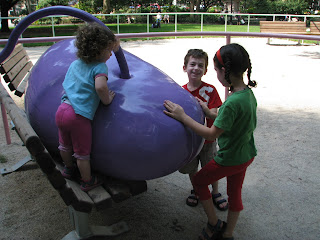 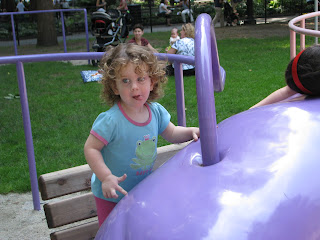 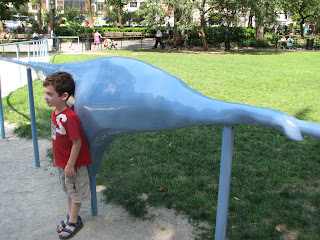 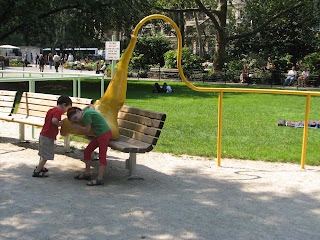 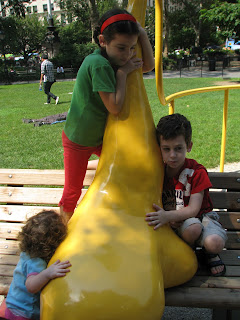 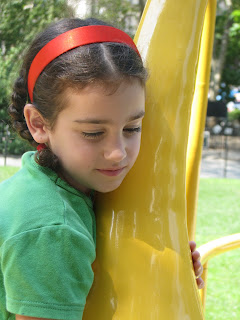 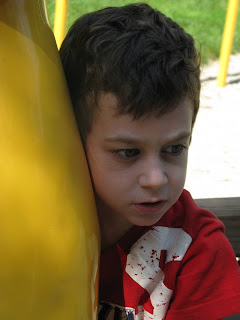 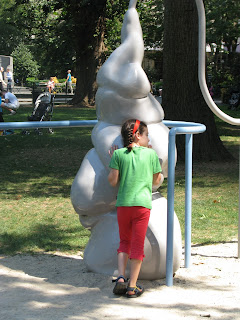 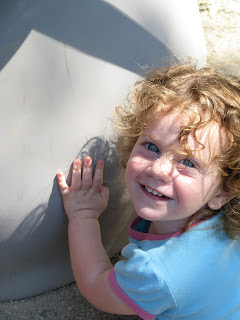 Nomi met some friends preparing a bed from fallen leaves for the chipmunks, so she helped 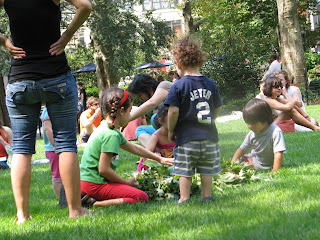 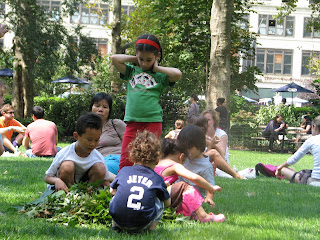 The reflection pool did what it promised to do, (and no Nomi, you can't go in to collect the pennies) 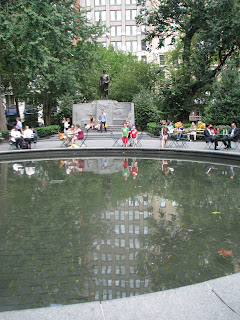 The play ground, next time must remember to bring costumes & towels, all these playground seem to have a water feature. 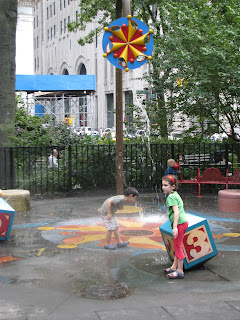 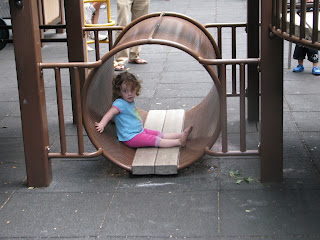 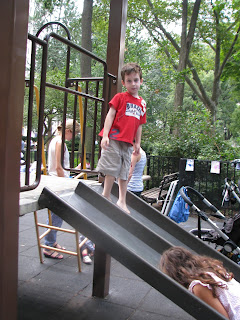 And then Tomer wanted a picture by the "guards" at the entrance to the park. You can tell the story according the the sequence of the pictures. 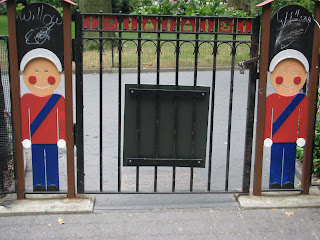 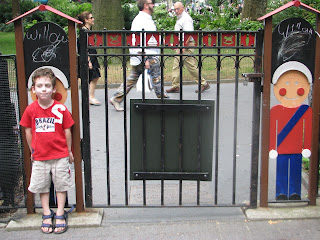 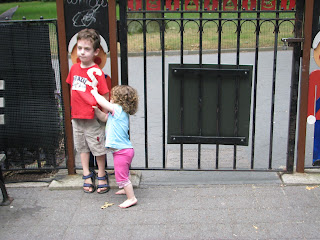 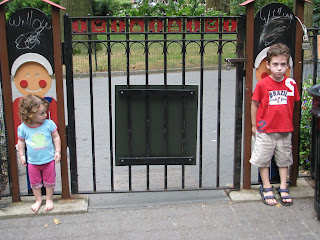 The shake shack had an "a" line and a "b" line. The "a" line went nearly all around the park and was for burgers fries & shakes, the "b" line was for ice cream cones, and we were the only ones in it. 3 ice creams later, one t-shirt of Poppy's serious ice cream casualty, and now we know that the burgers and shakes might be better then the ice creams at the shake shack.

Since we arrived in NYC we are constantly spotting weird things, and we are working really hard on - "don't point", "don't talk about other people too loudly" and also "you don't know, they might understand Hebrew". This day weird things were all around.
We saw a baby in a pram with a portable fan, a dog in a special dog pram, dog dishes on the menu at the shake shack, a little boy running round the park dressed like this - 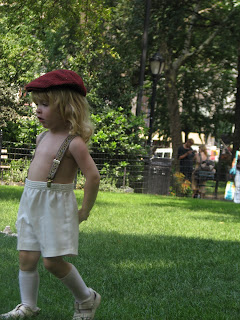 A man with a back pack cage with a parrot inside - 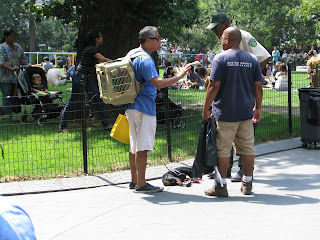 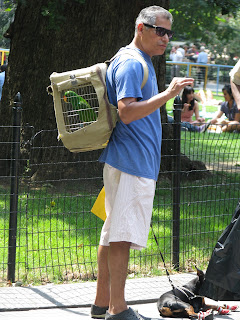 And if you look closely at his dog, lying at his feet, you will see that - 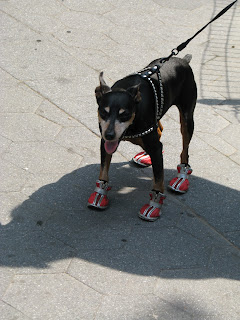 The dog is wearing shoes...