Last weekend, after 10 days in the city we felt we needed to sit behind the wheel, literally and metaphorically. We rented a car and headed for the Hudson valley. Every successful outing should have the appropriate food, and where better to stock up then the Warwick farmers market.

There we found a lovely lake (managed to dodge the noisy beach and keep driving before the kids spotted it), a forest, shade and grass. 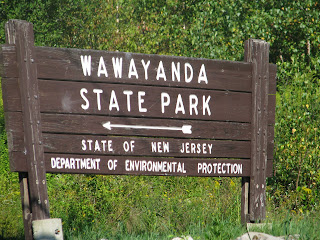 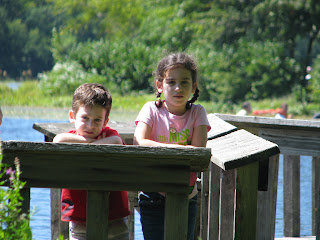 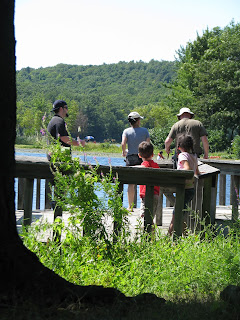 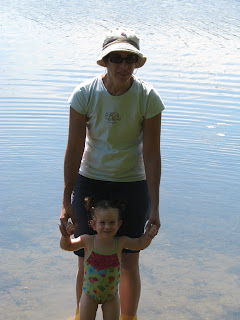 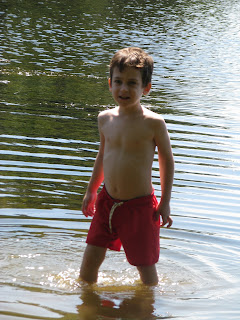 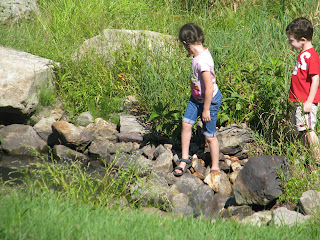 Another place we ventured further then we initially imagined was to the 15th floor of the hotel. After years of hoping for upgrades (to 1st class, to a better phone, better car) we were given an even better hotel room due to the mouse problem in our previous room. We now have a much bigger room, a lovely balcony, and an amazing view of the Empire State Building. And all we are waiting to do is move out, for the holiday to end, and for real life to start. But for now - 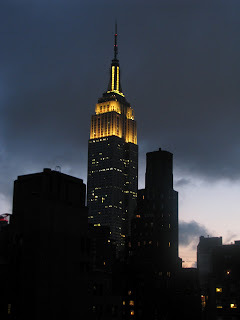 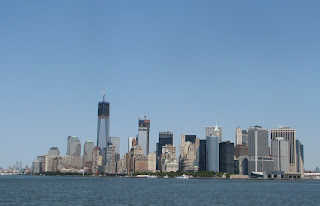 And on Saturday, further afield and a 25 minute train ride away, we're in another world. The NYC Botanical Gardens to where we now are the proud owners of a family membership. 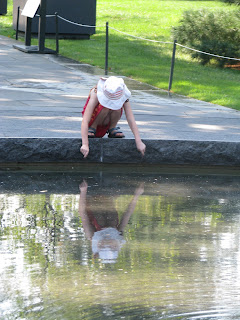 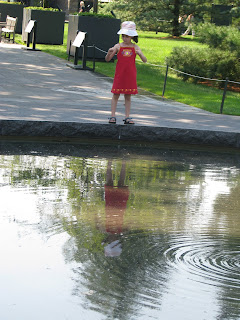 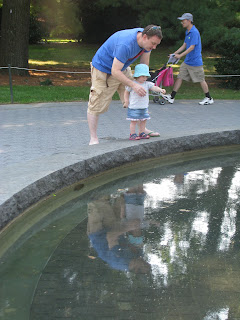 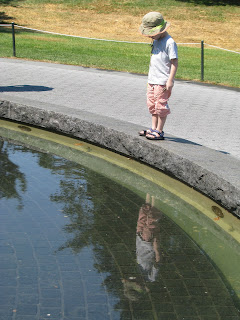 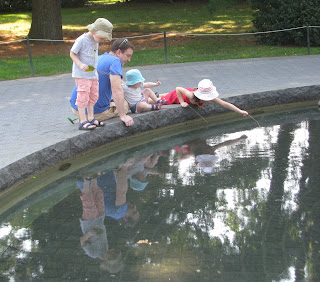 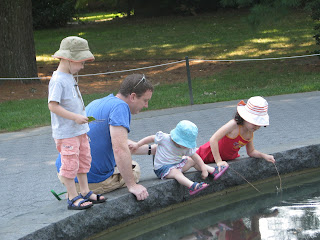 On to the children's adventure garden 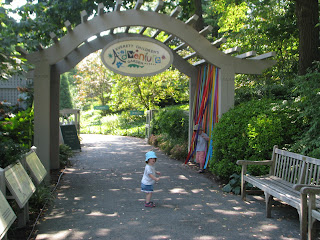 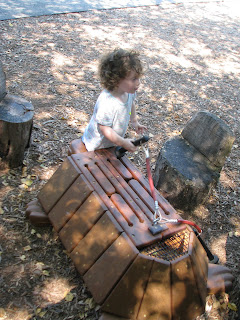 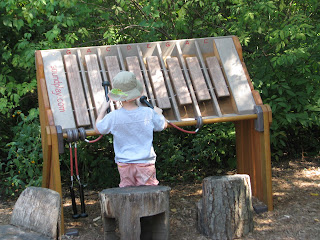 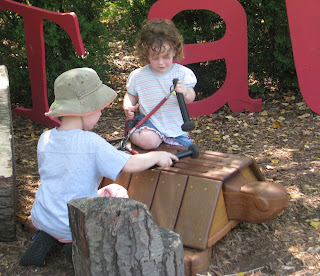 Further afield is the apartment we think we might have finalised, not further in distance, more like in budget...
Further afield is how I felt looking for school supplies for the kids in Manhattan this week, and
in general, New York City is yet to feel the obvious place for us to be.

It's Labor day weekend, the Empire State has had red white & blue lights on since Friday, work for me starts properly on Tuesday, School on Wednesday and hopefully will be having our next Shabbat Dinner with our own home made Challa, in our new home.