Learning our way around

Over the last few days energy was spent on working out where we are, what there is to do, and where to shop for food. We now know where to shop for food, and not much else :-)
We are located in midtown and there is A LOT of city around us. Downside- no where outdoorsy close to sit and have an ice cream, upside- "Blooms" "Sarge's" plenty of salt beef sandwiches, and yummy chicken soup.
Thursday we travelled by Subway to the Upper West side, me, with three kids and a pram proved to be easier then anticipated. Also a resourceful moment involving a little boy and an empty bottle of water saved us from looking for the WC while waiting for the train. 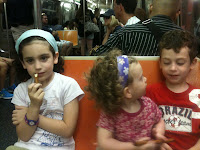 For desert we atr a very delicious "flower" fruit arangement sent from BJ to welcome us.


Saturday we enjoyed walking down the middle of Park Avenue, just catching the last Saturday of three when the Avenue is completely pedestrianised, part of the summer streets.


We had a picnic by the Berlin wall, and then continued on the subway to Central Park. 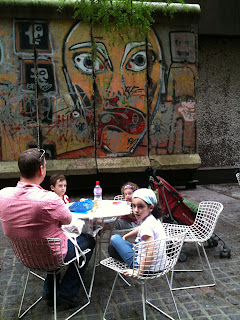 After Central Park we checked out Riverside park, where we met New friend Uri for a picnic, and he introduced us to the Hippo playground, we really enjoyed it! 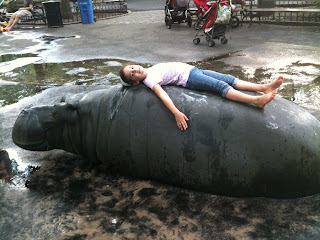 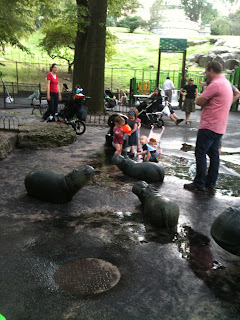 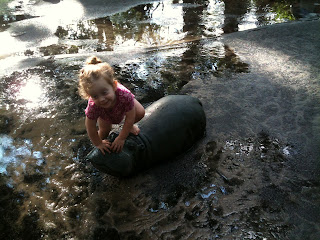 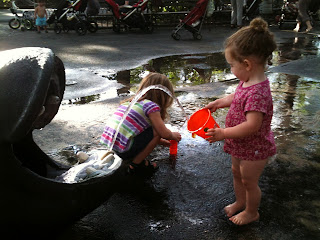 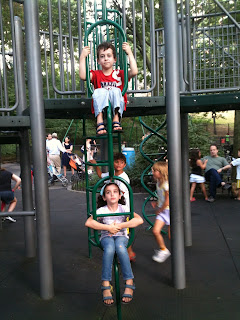 Sunday
After spending much too much time on the subway yesterday (note to self, don't take the express unless you are looking to get to 125th street, or if you're just board), today was crowned by the kids no subway day, so we took the bus.
Stop no. 1 was to Union square where we found one of New York's best playgrounds (out of fifteen listed by timeout), and a branch of Barnes & Noble 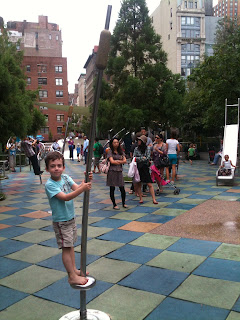 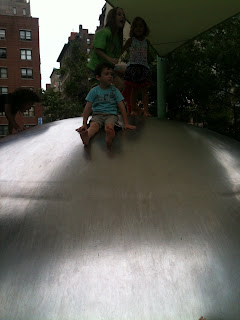 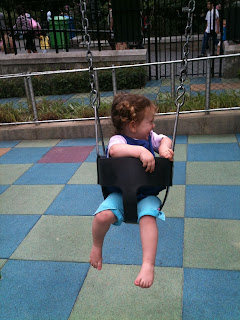 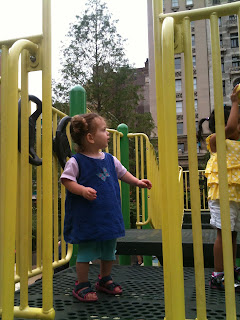 Stop 2 was on the Lower East side, where Sarah was having her birthday party. There we met Cousin Ariel, Cousin Jaron, Cousin Simon and Cousin Brad. 3 first cousins, and 1 second cousin whom I had never even met before. Pretty good for a stranger in town.
Birthday took place in a time share backyard, which is exactly what it sounds like. We all had a really great time. 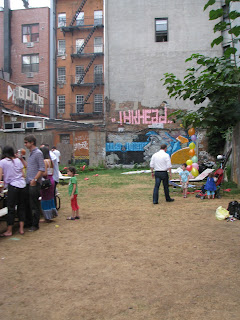 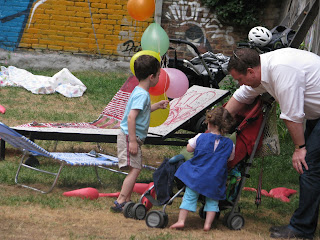 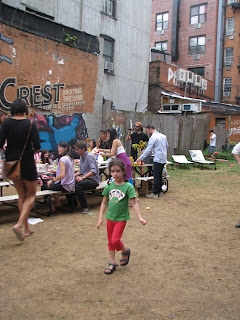 Pudding was at the Creperie round the corner before heading home 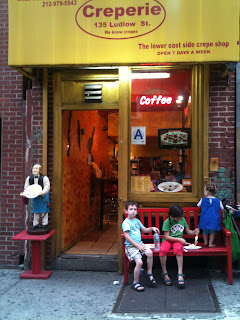 Two more bits before I leave, one is a video explaining Poppy's bed, and the other is of Nomi eating a salt beef sandwich. 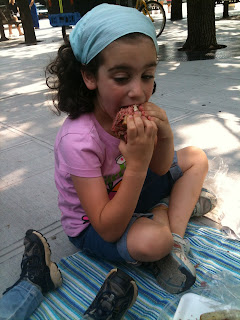 Of course we (Jona) are apartment hunting at the same time, and go to sleep every day with a special prayer that tomorrow will be the day we find our apartment.


Posted by Cummings Moss family at 21:18