As in Ski so in life... knowing how to carve out turns, jump at just the right moment, and occasionally choosing free style or proper form are key. You might think that this is all because of Sochi. But no. It is because this past weekend we were supposed to be skiing in Copake New York. Our lovely friendship with our neighbors would have taken another step as we would join them for Presidents day long weekend in the house they rented in upstate NY. Kids had new snow boots, Nomi had her free snow pass (they give them to 4th & 5th graders...), and I had a book! Then came the call.
Instead of freestyle skiing down the green trail, life took a twist and we found ourselves full speed down the black trail.

Thanks to the Jewish Agency mishandling our US visas, we booked tickets, packed bags and were on flights Israel bound all within less than 24 hours.

Here are some views from the trail - 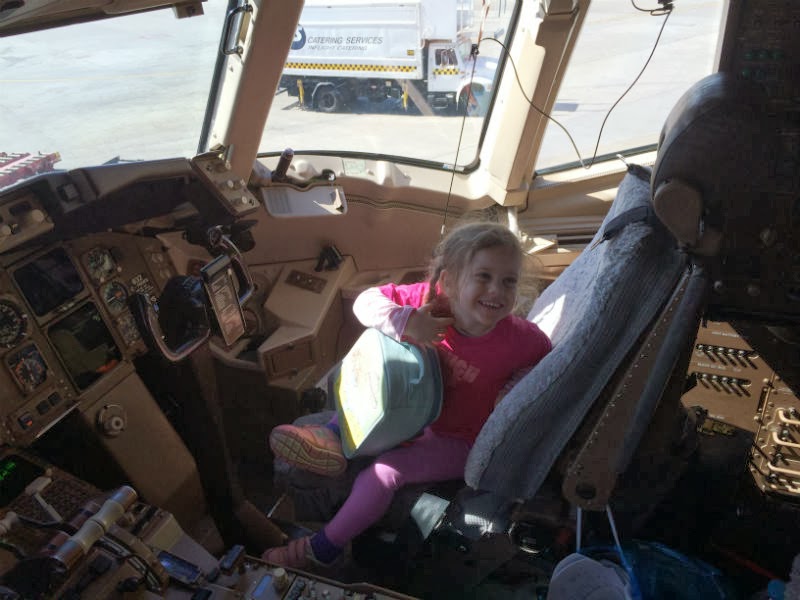 On the flight Poppy kept asking me every time a flight attendant walked past- "is this the driver of the plane?", as we were walking off the airplane we saw the pilot, so I said - "here is the driver" and he invited us into the cockpit, and Poppy & Tomer to sit in the pilot seat. 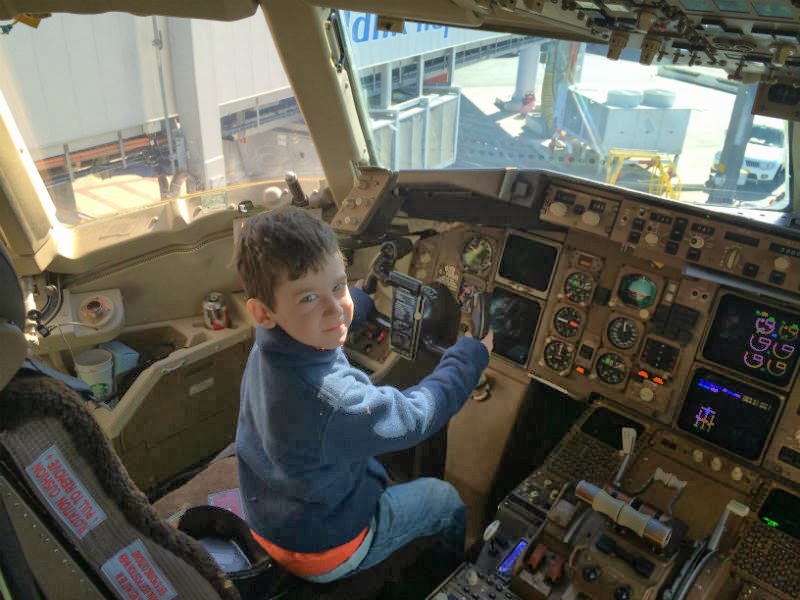 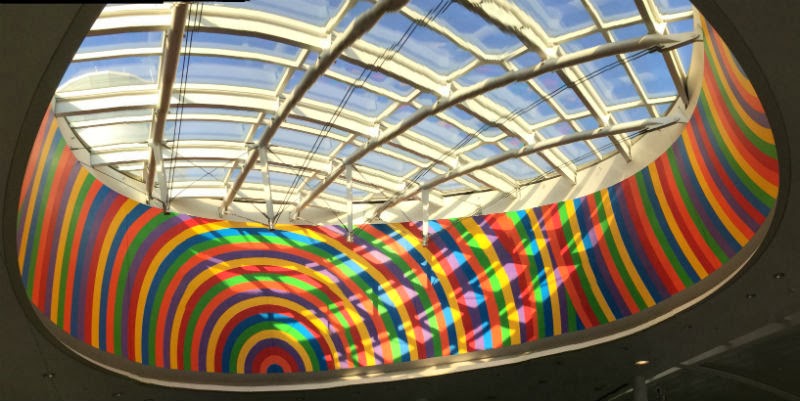 The ceiling in Toronto airport was particularly pretty.

The kids are keen to write about our experiences since we arrived. I give them one more day in ski school, if they aren't independent by tomorrow, I swoop in and publish for them :-)
At least on this slope I can be a skilled skier, more than I could say had I ended up on the slopes of Catamount.
Posted by Cummings Moss family at 14:31